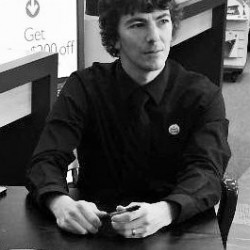 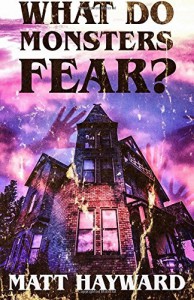 Matt Hayward is an author on the rise. Checking him out online, reading interviews and such, you get the sense that he’s one of those guys writing for the love of it. I don’t sense that he’s one of those writers concerned with the numbers or one that aggressively seeks out your attention. He’s passionate and genuine, and it turns out he’s a pretty freaking good writer, too.

I read and enjoyed his previous release, BRAIN DEAD BLUES (Sinister Grin Press, 2017), a really good collection of short stories that displayed Hayward’s massive potential in stories like, “That’s the Price You Pay” and “The Faery Tree” had me eagerly awaiting Hayward’s debut novel, WHAT DO MONSTERS FEAR? (Post Mortem Press, 2017).

This novel is about a group of addicts that sign up for a rehab facility of sorts, where unbeknownst to them, the end game might not be the promise of a clean and sober life, but that of something far more sinister.

There are definitely some cool influences here. I saw a review that mentioned One Flew Over the Cukoo’s Nest, and rightfully so, as the author also refers to the book and film in the story itself. There’s also a bit of John Carpenter’s The Thing, as well. Both movies that I love. As with both of those films, the characters here are real, and Hayward does a great job making them stand out from one another, something that some newer writers stumble over with a larger cast.

Peter and Henry’s relationship is the best in the book. Two guys trying to kick the bottle, one older, and the other in his early thirties, their initial meeting out on the front porch is a memorable one. From there, Hayward develops them even further and it really makes the horrors to come all that much more intense.

For me, although Hayward uses the front half of the book to get you acquainted with everyone, and does a great job, it is a little slow, but you feel there is definitely something horrible just around the corner. And believe me, when you get to the second half of this one, hold on to your seat!

Hayward delivers in the horror category with lines like: “…___’s innards slopped away from his sliced open stomach, like saliva dripping from the jaw of a pit bull.”

Also, his use of Phobos (the personification of fear in Greek mythology) is righteous and wicked fun. I really enjoyed this one, and so will all you horror fiends. Great characters, great blood and guts, and a fun story.

Overall, I give WHAT DO MONSTERS FEAR? 4 stars!
Recommended!